Volunteers are visiting fewer secondary schools because of intensified unrest in areas immediately around Jos. 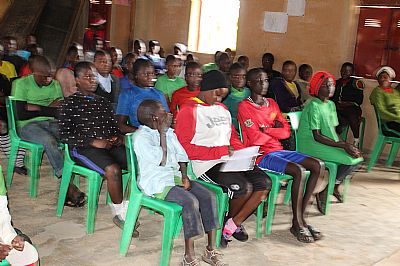 Many school visits have been cancelled in recent months because of unrest between Fulani herder militia and villagers in the farming areas surrounding Jos. Schools are closing and pupils being sent home until local danger passes.

The planned conference for teachers has also been put on hold until after the summer; as have sessions for school leavers to help them prepare for life at university or in the world of work.

However, we are delighted that the Jos team were able to visit five schools during May and June.

During these visits, they shared the gospel and social righteousness with 1,028 students and tested 560 for HIV/AIDS. One hundred and thirty students gave their lives to Christ for the first time and another 414 rededicated their lives. Three students tested positive for HIV. 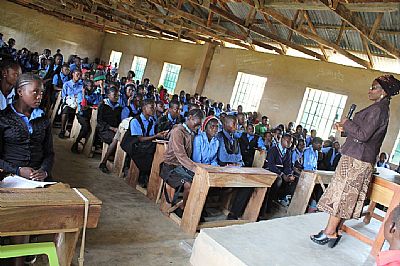 Volunteers continue to be shocked at the immorality they find in these young people; but also, delighted at their response to the gospel when they hear it shared. Most have already begun imitating the adults around them because this is the way they see to live life.

“When we offer an alternative based on Christ they choose this new way and commit to studying and being hard working,” says international coordinator Tassie Ghata.

“At one school we spoke with a group of boys who were into lying and stealing. They were sneaking out of class as a group and stealing goats to sell. In our session together we looked at what their lives may be like in 15 years’ time.

“Two of the boys said they were no longer going to steal, would be truthful with their parents and teachers and aim to do well so that in 15 years they could look back with pride on their achievements. 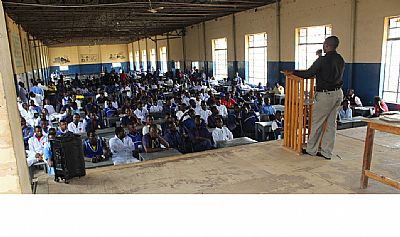 At another school we found two young girls who had been abused by family members. One girl, living with step mother and abusive father felt there was nothing she could do to change her situation and that her life was not worth living. Subsequently, Grace & Light has arranged for her to live with and be cared for by her grandmother.

“The other girl, abused by a cousin from a young age, felt worthless and has coped by turning to drugs. Through counselling she now believes that what happened is not her fault, and that God loves her. She has found her worth in Christ and is living a better life.”