Wealthy and poor congregations are open to being tested and holding each other accountable for their lifestyles. 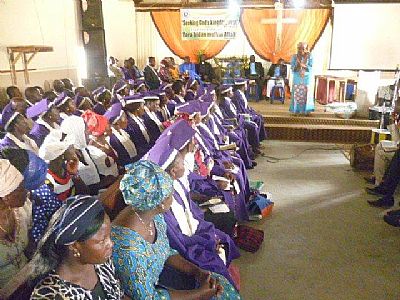 The last Sunday in January was significant for the Jos volunteer team; their first vision sharing of 2017 tand they visited two churches on the same day. International coordinator Tassie Ghata led one team, while admin and finance manager Jakob Dawuleng led the other team.

Jakob’s team visited a church in a wealthy area where many in the congregation are highly literate and influential as well as rich by Nigerian standards. Their minister believed they would not wanted to be tested for HIV/Aids. However 130 did come forward for counselling and testing and all bar nine were willing to be open with their status, join life-sharing groups and commiting to support each other.

Tassie’s team visited a church in a poorer area with many government employees and farmers. The majority had not tested before and so didn’t know their status. As with the wealthy congregation, they were also willing to be tested, share their status and support each other in life-sharing groups.

Highlight for Tassie during February was a return visit to a church in Bauchi. While there she spoke with a car mechanic who had rededicated his life to Christ on their previous visit and has turned his life around since.

“He no longer charges double for spare parts, instead he charges only for his labour and suggests his customers collect their own spare parts if they want to save money,” Tassie  explained.

Four teams – Jos, Yola, Gombe and Mangu - were active during the first two months of 2017. Between them they visited 19 churches and shared the gospel with 4,350 people. Of these 473 rededicated themselves to God and 92 made a first commitment.

1,289 people were tested for HIV within the churches and 1,195 chose to join life sharing groups and be open about their status. Sixteen people tested positive.