12 March 2015
Schools open up to testing and life sharing 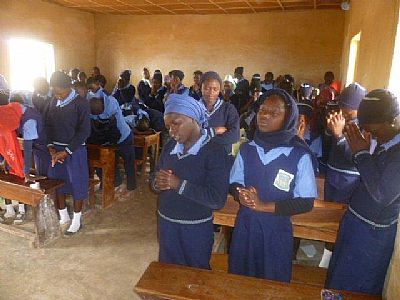 Secondary principals are inviting Grace & Light volunteer teams into their schools to speak to pupils as well as conduct counselling and HIV testing.

Jos volunteers visited two government secondary schools during February, speaking to 375 pupils about HIV, sexuality and social righteousness. They then tested 320 of the pupils, just one of whom was HIV positive. Of those tested 75 rededicated their lives to God and 17 made first commitments.

“Usually we speak during a morning assembly, for about 45 minutes that includes time for questions. We tell stories teenagers can relate to about friendship, studying and living right,” said Tassie Ghata, Grace & Light international coordinator.

“Then we counsel each person one-to-one. Many say they have never had anyone sit with them and personally explain about sexuality and sexually transmitted diseases.”

The volunteers do come across cases of rape; eight pupils at the two schools revealed their experiences for the first time during the confidential counselling. Tassie is sure there were others who didn’t share. 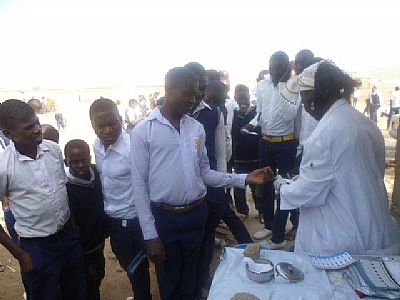 “These were old cases, often by a family friend, and the pupils had not known how to tell someone. We encouraged them to tell their mums so their families can protect them.”

One of the schools had a Christian Fellowship and there pupils who chose to be open about their HIV status joined life sharing groups supported by the fellowship leaders.

At the other school pupils were given books of spiritual encouragement plus Grace & Light contact details so they could phone when they need someone to talk with.

“We are happy to know we are catching people young and asking challenging questions that help them prepare for the future. These are young people who want to make Nigeria a better place.”