Just a year after establishing our first volunteer team in Lafia, the state capital of Nassarawa, the Evangelical Reformed Christian Church has confirmed its commitment to working with Grace & Light in the state. 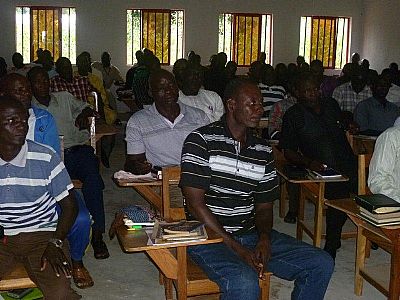 “The workshop was in preparation for partnership between ERCC congregations in Nassarawa state and Grace & Light and included HIV testing,” said Tassie.

“We showed them how our volunteer teams work, what partnership means in practice and the role churches can play in the lives of people who are HIV positive and negative.

“It is good to have these churches more supportive and involved. One pastor told me he had been to many workshops on HIV, but none as good as ours because we equip church leaders to help their members.”