Corruption is the new normal for many Nigerians including regular church-goers. Those who hear Grace & Light’s message of social righteousness realise it is not God’s way. 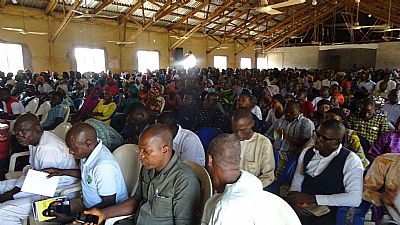 In many churches, when our volunteer teams speak about social righteousness, people are surprised by their message.

Once they hear and understand, they realise the way they are living is not what God wants them to do and they decide to change their behaviours.

“Corruption is the new normal,” said international coordinator Tassie Ghata. “For instance, it is usual for the first person who gets to work to sign in for everyone else, who then come later.”

Our message about HIV/AIDS also continues to have an impact, with many people choosing to be tested and to share their status with families and loved ones.

A man in his 70’s, who is HIV positive, had held a grudge against his wife after she left him when she found out. He came forward to be open with his status and let go of his grudge during counselling. Now a weight has lifted and he no longer feels bitterness or anger. 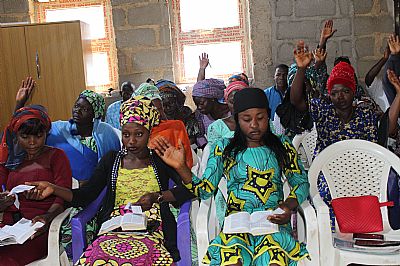 In another church, a man shared his status with his wife and grown up children. He is now being supported by his pastor and his family who are also in church with him.

Four volunteer teams - from Jos, Yola, Lafia and Jalingo - visited 16 churches during January and February. They shared the gospel with 5,211 people of whom 1,255 chose to be tested and know their HIV status. Six people tested positive.

Of those who tested, 1,138 chose to be open with their status and joined life sharing support groups in churches that are able to host these groups.

Significant numbers made a Christian commitment; 174 were new converts while 975 rededicated their lives to Christ and promised to live according to gospel values.