Yola and Jos teams support World Aids Day to remind Nigerians that HIV/AIDS is still a real threat to congregations, communities and individuals. 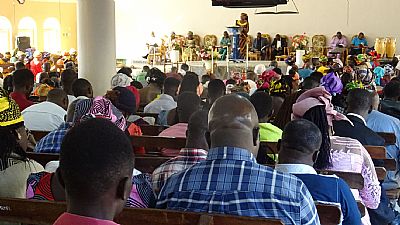 World Aids Day, on 1 December, is a chance to remind Nigerians that HIV/AIDS is still virulent and if they don’t take precautions, changing their lifestyles, they too could become infected.

Many in the younger generation in Nigeria believe that HIV/AIDS is something that affected their parents in the past and is no longer an issue for themselves. Grace & Light volunteer teams frequently come across this attitude in secondary schools and churches.

In Yola the office and volunteer teams joined a rally with other local organisations and tested 138 people who came to watch the spectacle.

"In total we tested 306 people who now know their status and will take care not to become infected in the future," said Tassie Ghata.