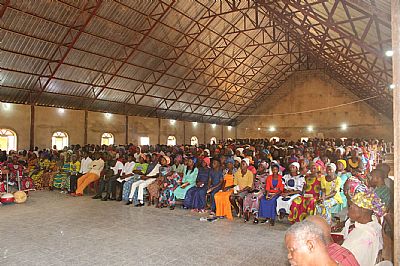 An elder came  forward for testing in one of the churches the Jos team visited. He had known for many years that he is HIV positive, but had never told anyone.

“He quietly retested after hearing our message and chose to be open, sharing his status with family and the other open members in the congregation,” explained international coordinator Tassie Ghata. “We are encouraged people are willing to be open and change their lifestyles, including when they are in positions of authority in their communities.”

Another Jos church, near the university and polytech, has many student members. They are typical of the young people our volunteer teams meet, believing they are Christians but not realising this means more than attending church on Sundays.

“They are committed to their church and take part in activities. But their hearts are full of immorality, gambling, taking drugs, exam cheating. These things are taking over our youth,” said Tassie. 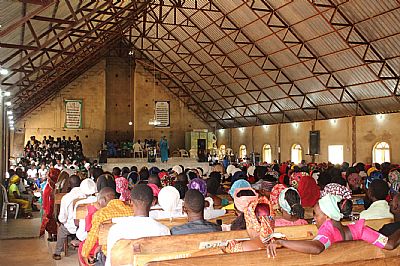 “They rededicate themselves and make first commitments, but then need regular follow-up and encouragement to remain committed. They are ready to change their lives and do things right, but it is difficult for them.”

Eight volunteer teams - from Jos, Yola, Gombe, Mangu, Michika, Biu, Damaturu and Potiskum - visited 20 churches during October and November. They shared the gospel with 4,482 people of whom 1,674 chose to be tested and know their HIV status. Four people tested positive.

Most of those who tested – 1,582 - chose to be open with their status and joined life sharing support groups in churches that are able to host these groups.

Significant numbers made a Christian commitment; 155 were new converts while 885 rededicated their lives to Christ and promised to live according to gospel values.

Please pray for the Jos volunteers and staff team; there are few of them and many students to stay in touch with and encourage in their relationships with God.