Local communities in Du are changing their attitudes to gender-based violence as Christians model biblical principles of how to treat women and girls. 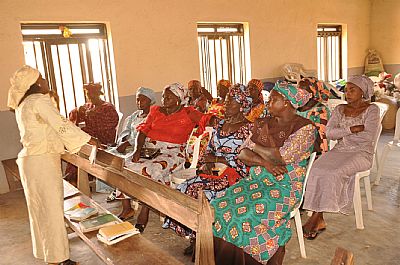 Over 300 people in 16 churches have completed Grace & Light’s Transforming Masculinities programme, helping them see gender equality from the perspective of scripture and to change their own behaviours so they respect themselves and others.

They were mentored in small, single-sex groups by Grace & Light-trained gender champions for six weeks. Champions helped them explore biblical perspectives and also share how to put these into practice in their communities. They are members of the congregation whom people know and trust.

“Participants were people who are either victims or perpetrators of sexual and gender-based violence. We are so pleased that only a very few dropped out before completing the programme,” said international coordinator Tassie Ghata. “And that they are changing their lives and their communities are noticing.” 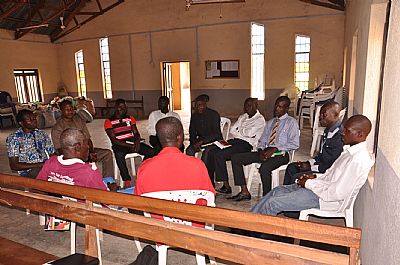 One man confessed that he was grooming teenage girls for sex, said sorry, and has change his behaviour.

Another now intervenes when he sees a neighbour beating his wife, telling the husband to stop as his behaviour is abuse.

A third has found the courage to report his brother to the police for raping girls as young as four. Before he had scolded his brother but not intervened. The training convinced him he needed to stop the abuse happening.

This has caused chaos in his family and he is being supported by his gender champion, the other people in his small group and the church leadership.

A fourth, an older school pupil at a boys’ school, said that he was raping younger boys and telling them it was their punishment. The younger boys were not complaining; but giving in and accepting the pain.

He thought it was normal as it happened to him when he was younger. Now he knows it is wrong, has stopped, is telling other senior boys to also stop, and has called on Grace & Light to raise the issue of rape used as punishment when volunteers visit boys’ schools.

The programme’s success has been noticed by other churches, and by members in the 16 churches. Grace & Light is being asked to expand gender champions training to churches in other areas of Jos and to support repeated delivery of the Transforming Masculinities programme in the Du churches.

At the moment we do not have the funds to grow this ministry. If you feel able to support this work financially, please donate via our website and mark your gift ‘SGBV ministry’. Alternately, you may prefer to post a cheque to Grace & Light UK, 8 Kingswood Drive, London SE19 1UR.