Ours schools ministry is facing a fundamental challenge for which we would appreciate your prayers. 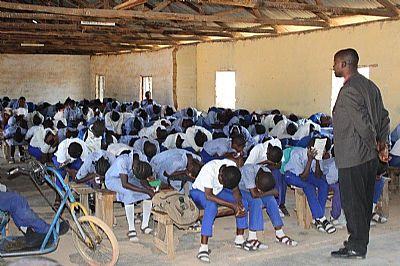 We ask for your prayers for our schools’ ministry in Nigeria over the coming months as the leadership team make decisions about how to take the work forward.

The team has been confronted with an obstacle in that for the second time a parent has threatened to sue Grace & Light for revealing their teenage son is HIV+. In both cases the child was not aware they were infected, though their parents were.

“These two parents said that we should have asked their permission before testing their child and of course they would have said no as they wanted to continue hiding the truth from the child and other family members,” explained Tassie.

“These are teenagers who have a right to know about their health and the retroviral drugs they are taking. What’s more they are becoming sexually active and so could infect others.

“We have only had this issue twice. Most of the time parents are grateful when we break the news because they struggle with how to tell their children they are HIV+.”

These two complaints are making Grace & Light rethink our procedures in secondary schools. Currently we have authorisation from the Nigerian Ministry of Education to counsel and test students for HIV/ AIDS and this is preventing the two threats of legal action from becoming a reality.

The Jos volunteer team visited one secondary school in March and April. They shared the gospel with 1,335 students and tested 325. No students tested positive for HIV.