Adamawa staff members Tony Sudan and Tari Bitrus have visited Michika to re-energise our local volunteer team there and support churches in the insurgency-devastated north east. 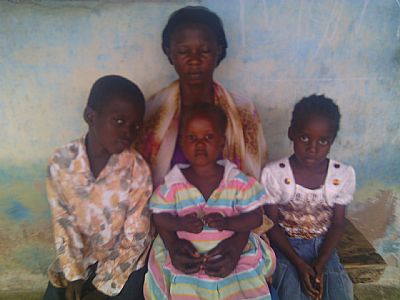 Tari, who is from Michika and was a member of the once-active volunteer team, went a few days earlier to see if he could find any of the original team members.

He made contact with three still living in the area and heard that another had been killed during Boko Haram’s insurgency. Remaining volunteers have moved to other parts of Nigeria, with one person now a member of the Jos volunteer team.

The three shared stories of lost homes, businesses and relatives. Life continues to be precarious with unreliable mobile communications and electricity. However, they are still inspired by Grace & Light and want to be part of our renewed ministry in the area.

During their visit, Tari and Tony were able to recruit and train 17 new volunteers for the team, plus visit local church leaders to offer Grace & Light’s support.

On the Saturday, they ran a workshop for church leaders and people who had become Grace & Light members before the insurgency. People came from 11 churches including EYN, ECWA and Catholic denominations.

The following day the original team members, with Tony and Tari, shared Grace & Light’s vision at one of the EYN church services in front of a 930-strong congregation. During the service 22 people made a first commitment to Christ and another 33 rededicated their lives. Afterwards the team counselled and tested 93 people of whom 36 chose to join life sharing groups. 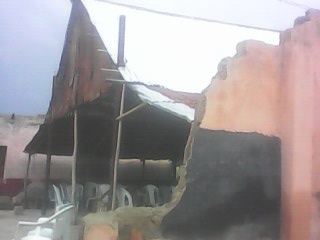 “We were very touched to see the number of people who turned up for the church service, singing, worshipping and glorifying God. They are still in church despite what they have suffered,” said Tony.

The 17 new volunteers will attend a new volunteers' training programme and then join the three original volunteers in visiting churches, sharing the gospel and testing people for HIV.

Michika is in north eastern Nigeria and was seized by Boko Haram in September 2014. The military recaptured the town in January 2015 but its inhabitants have remained scattered in refugee camps.

Until very recently it was unsafe to travel to the area. Boko Haram continues to carry out suicide attacks and bombings; the military responds with roadblocks and restrictions on vehicle movements. 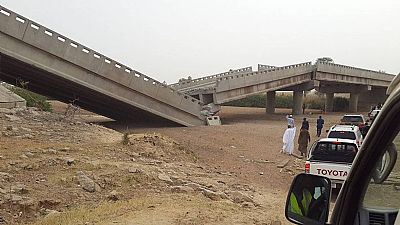 Top: Comfort Bukur and her children, widow of Michika Grace & Light volunteer Tari Bukur
Middle: a Michika church damaged in the insurgency and the temporary structure the congregation now uses
Bottom: one of two collapsed bridges Tari and Tony crossed on the way to Michika. The riverbed can be driven through during the dry season.