School pupils continue to be open to hearing the gospel and testing to know their HIV status. 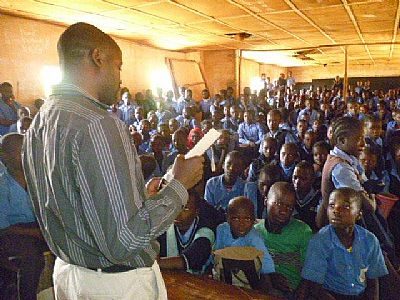 The TV college is a further education college for people training for a career in broadcasting, including engineers, presenters, directors and producers. The students were open to counselling and testing.

The team was visiting the secondary school for a second time and were pleased to find those students who had been open with their status were continuing to keep their commitment to their life-sharing groups. Many new students and those who had not tested on the previous visit chose to be tested on this visit.

In total, they shared the gospel with 305 students at both colleges. Of these 42 students rededicated themselves to Christ and 22 made a first commitment.

They tested 165 students for HIV/AIDS and none was positive. One hundred and ten choose to be open with their status and join life-sharing groups at their schools.