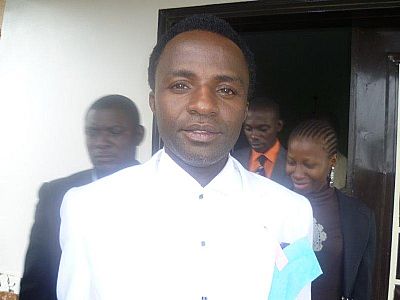 Tony will lead the Yola team, which is still active, and restart teams in Zing, Muvi, Hong, Gombi, Michika and Biu whose members have been displaced by Boko Haram’s activities.

“We are delighted Tony has joined Grace & Light and will restart our work in the north-east,” said international coordinator Tassie Ghata. “During interviewing what stood out was his life experiences, enthusiasm for Grace & Light and lover for the Lord.”

Previously Tony was a secondary school teacher in Yola and has worked with an NGO as well. He married Christiana in May then spent August and early September in Jos, job shadowing Tassie, learning about Grace & Light and our work in local churches and communities.

The Adamawa teams have been without a leader since July 2015 when our previous team leader accepted a role as a full time church pastor. He continues to be an active Grace & Light supporter. However, without his leadership volunteers became demotivated and visited churches less and less frequently. 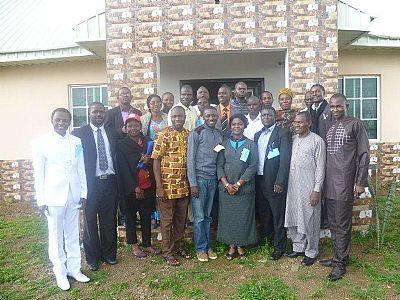 Tony's first priorities are to re-energise the Yola team and make contact with volunteers and church leaders from Zing, Muvi, Hong, Gombi, Michika and Biu. Tassie said that it is not clear how safe these six towns are, nor if it is wise to visit them yet. Church members and volunteers are also likely to be scattered in refugee camps.

Please pray for Tony, the Adamawa volunteers, church leaders and Christians in these towns. There is still a lot of fighting and deaths, people are hungry and suffering in the camps. Their homes, businesses and churches have been destroyed.

Yola is the capital city of Adamawa State, in north-eastern Nigeria. It is located on the Benue River, has a population of around 335,000 and is surrounded by stunning scenery including the Mandara Mountains, Shebshi Mountains, Dimlang Peak - the second highest in Nigeria, Gashaka-Gumti National Park, Ngel Nyaki Forest Reserve and Sukur Cultural Landscape, a UNESCO World Heritage Site.

Top photo: Tony Sudan with Christiana his wife behind