During the month of October six churches and a high school were visited. There were five positive tests out of 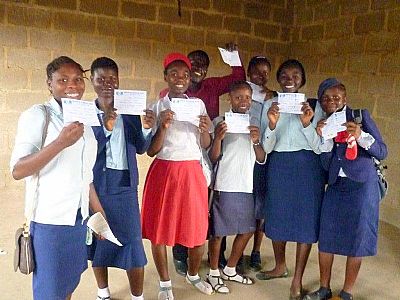 a total of 627. Three teams were active in three different states, but we hope that after refresher training this will increase greatly, though the security situation remains a serious concern in many areas.

A total of 11 people rededicated their lives to Christ and 40 new converts were recorded. “Grace and Light is trying hard to see that people’s lives are won for Christ; showing love, care and concern for checkmating their life styles to see that their work is right with God.” Mercy Steven – Jos Team

At Plateau State Polytechnic (A-level) students were enthusiastic about Grace & Light's message, as the picture of students proudly holding their negative test certificates shows. 161 students were tested with two positives, including one girl who had tested negative last year. Tassie commented: “People are getting infected because their sexual partners are taking risks. Education about HIV and the availability of antiretroviral  (ARV) drugs, which suppress the chance of infecting others, are the main causes. If people are taking drugs and their CD4 count is high they do not infect others. So positive people know this and take risks.”

At a village church, ECWA Ach 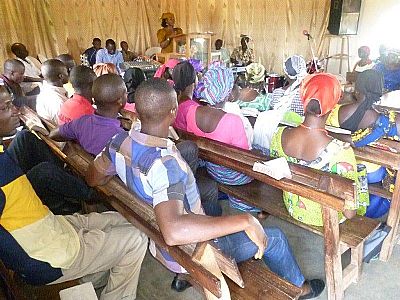 asara, near Jos (pictured) a high proportion of the congregation tested with no positives. Villagers do not have the same access to HIV testing as city dwellers. No positives is good news for them and for us. At the same church 25 people recommitted themselves to Christ and five made a first commitment.