Pastors and their wives, representing 21 churches in Jos, took part in HIV counselling and testing during their regional church council meeting. 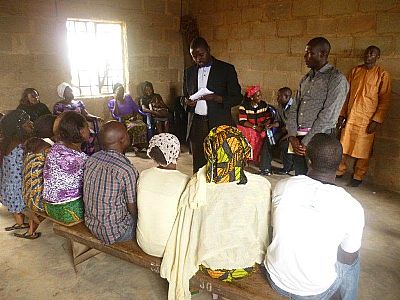 “We ran an HIV/AIDS workshop during their meeting and they were excited to hear about our work and also be tested,” said international coordinator Tassie Ghata.

“This is good news for Grace & Light as our volunteers have visited just five of the churches. We are now very hopeful of open doors and invitations to the other churches.

“Many pastors do not understand HIV and still think of it as punishment from God. Feedback after our workshop showed they have realised HIV is not about sin and that their churches can show mercy and grace and give care.”

Teams active during May were Bauchi, Fufore, Gombe, Hong, Jos and Yola; they visit 14 churches and conducted two HCT sessions in Jos and Yola. In total 1,258 people were tested.

Eight-four per cent chose to join a life sharing group and be open about their status with other members. Seventeen tested positive, while 93 became Christians and 193 rededicated their lives to Christ. In four of the churches everyone who tested joined a life sharing group.