Almost 600 people were tested in Nigeria during February; in four of the churches everyone who tested chose to join Grace & Light and be open about their status. 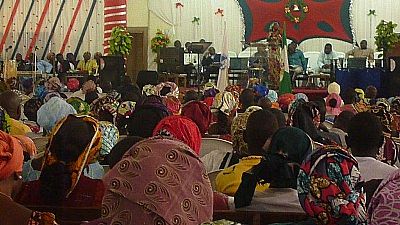 Five teams were active during the month – Jos, Inye, Gombe, Yola and Obudu. They visited eight churches as well as testing in a secondary school and the Yola office.

In total 598 people tested and 82% chose to be open about their status. Four people tested HIV positive, 46 converted to Christianity and another 54 rededicated their lives to Christ.

Good News Gombe has a history of only men preaching. However the pastor allowed Grace & Light international coordinator Tassie Ghata to speak from the pulpit saying he could do this in ‘the power invested in him by God’. 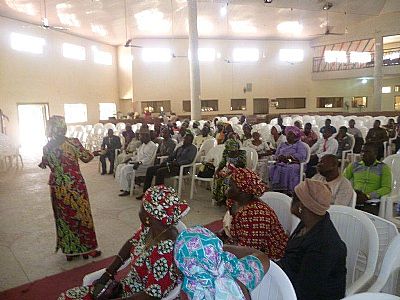 "It is a church with many members who have influential roles in the state, including politicians,” said Tassie. “Afterwards they said our message spoke to them and they wanted to test, rededicate and serve the Lord better. For us it is very encouraging our aims resonate with Christian leaders.”

Later in February the Obudu team visited a government secondary school and tested 150 pupils, all of whom were willing to be open. “One student was positive and is now on a drugs regime,” said Tassie.

“I wasn’t expecting this because young people have parents caring for them. Her story is that she lost both parents and is now staying with an uncle.”