More than 5,000 Christians congregated at roundabouts across Jos to repent and ask God’s forgiveness and healing on the land. 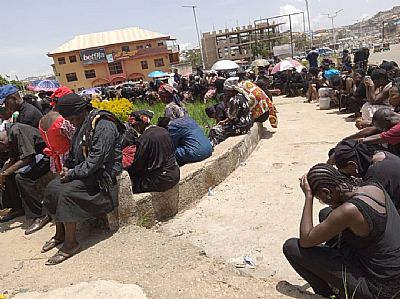 Imagine 5,000 people at 16 roundabouts on the major thoroughfares across the city; that is an average 300 people per roundabout. All sitting in the dirt in the hot sun and dressed in black with heads bowed crying out to God.

These people have come from many of the congregations in Jos, including a sprinkling of Muslims who saw what was happening and joined their Christian neighbours in solidarity for the peace of their city.

“We sat and cried out to God for mercy from eight o’clock in the morning until four in the afternoon on 10 June. In Nigeria we have a God-sized problem that needs a God-sized answer,” said Tassie Ghata Grace & Light international coordinator.

Earlier this year Tassie felt burdened by God to call people to respond to all that is happening in Nigeria – insurgency, bandits, kidnappings, attacks on villages and killing of Christians across central Nigeria and the North East. 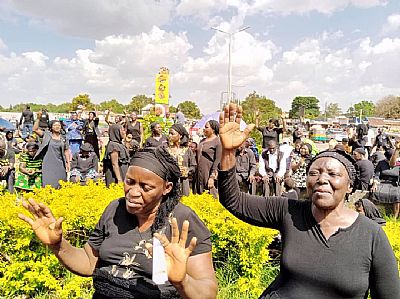 “I was reading Isaiah 58 and 59 where God tells the Israelites they know what they should be doing and they are not doing it. Their sins stand between them and God, preventing him answering their prayers. The same is true of Christians in Nigeria.”

Tassie called on leaders from the Christian denominations in Jos to support a solemn assembly day of prayer. Most denominations sent representatives who met every week for six weeks to pray and plan.

Churches in each area organised the gatherings at their roundabouts and church leaders invited their congregations and other local Christians to join in. The turnout was more than anyone expected and a very visible witness for God in Jos.

“Local police officers were worried such large gatherings would attract violence from opponents and tried to stop the solemn assembly just 24 hours before we were due to meet.

"We knew God was with us and said we are going ahead. There was no opposition or violence at any of the roundabouts,” said Tassie. 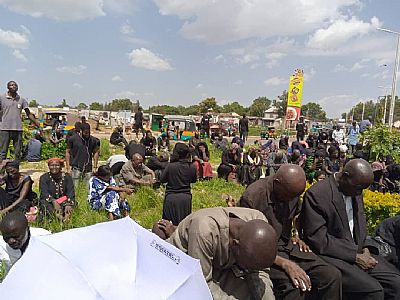 Also, violence in and around Jos noticeably reduced after the solemn assembly and remained low right up to the end of July. Kidnappers released their captives including a Grace & Light member.

In contrast, violence began increasing in August leading to a period of 24 hour curfew from 14 August – emphasising that Christians need to come together regularly in such powerful prayer to overcome evil.