Local people overwhelmed the sexual and gender-based violence workshop Grace & Light held in their Plateau State village at the end of April. 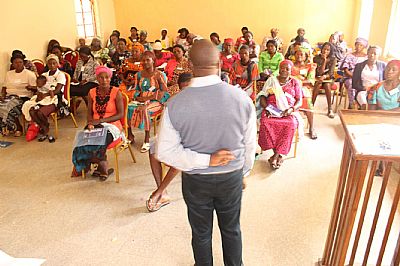 The five day workshop was planned for different audiences each day with a maximum of 30 people per day and were fully booked in advance.

However, the men who attended the second day went home and told their wives they should attend also. The next day we increased places by 50 per cent and still turned wives away.

“There is such a need for this teaching in local communities,” said international coordinator Tassie Ghata. “We wish we had been able to accommodate all the women who wanted to join us, at least their husbands heard our message.”

The first day was dedicated to community leaders who were reminded of their responsibilities for encouraging and role modelling virtuous behaviours as well as identifying the root causes of immorality in their communities and helping  people to resolve issues. 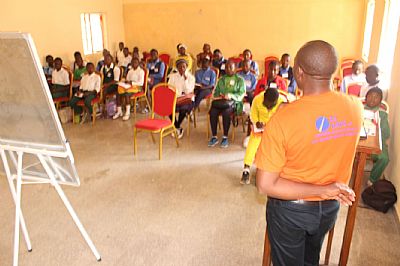 Second day was dedicated to the men of the village. They talked through the gender boxes society puts them into, pushing them to behave in non-scriptural ways, their responsibilities in caring for their wives and families and how they can change their behaviours to those honouring God.

On the third day wives explored different women in scripture who suffered abuse, how God intervened to bring reconciliation and what this means for their own lives, the responsibilities they have and their relationships with God.

Fourth day was for youth of the village. They heard how much God loves them, that they are made in his image and precious to him. They were challenged to discuss and agree what this means for how they treat each other and show respect.

Final day was for primary school children. They now understand what can happen to them, what they should do to prevent being abused, how to run away, ask for help and get counselling if they are already being abused.

This workshop was hosted by the charity Eden Creation Care and was funded by a German grant making trust.