A glimmer of hope as the first school opens its doors to social righteousness ministry for students. 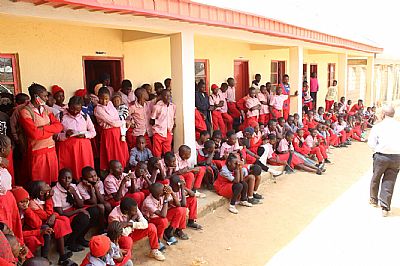 School visits have been rare since Covid struck Nigeria in early 2020. Last year our Jos, Yola and Jalingo volunteer teams visited just eight schools with six of the visits between January and March. Then two visits in November and nothing again until March this year.

In March the Jos team visited Exalted Kiddies Academy near our offices, sharing the gospel with 165 students and testing 62 for HIV/ AIDS. None was positive. Thirty of the students rededicated their lives to Christ and two made first commitments.

“As well as talking about social righteousness we covered sexual and gender-based violence issues and how to deal with them,” said international coordinator Tassie Ghata. “We encouraged the students to work hard for their exams and avoid cults, drugs and gambling.

“During counselling many revealed they were sexually active, said they were sorry and want to change their lives.”