Women leaders from churches across Jos are encouraging their congregations to tackle sexual and gender-based violence following our workshop. 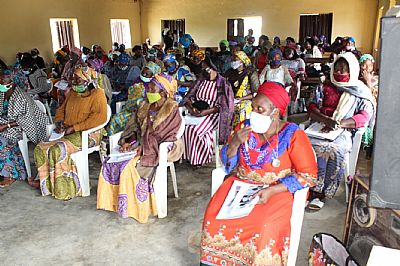 One hundred and five women from 20 churches attended the day-long SGBV workshop on 17 July, during which international coordinator Tassie Ghata shared about the many stories of rape she has heard during lockdown.

This helped others to also share their own experiences and support each other. They were able to open up on the burdens they were carrying and release emotions they’d bottled up believing they could not share such things.

“It was eye opening,” said Tassie. ‘People saw that other congregations are experiencing the same issues they are facing. They returned to their churches determined to live differently and to help their members live differently.”

Tassie shares one story that stands out to her, though it is not unusual. One of the women, a pastor’s wife, shared that one of her children had been sexually molested when it was three months old. She had felt it was her fault as a mother and had carried this guilt, which affected her relationships with her husband and other children. 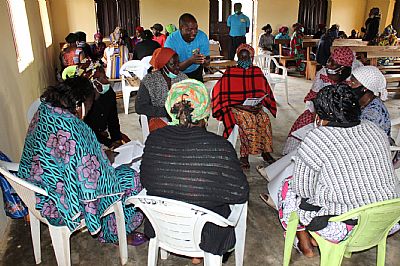 “Through counselling she came to see this was not her fault and also gained strategies for rebuilding her other family relationships.”

Tassie and the Jos headquarters team were delighted all the women leaders who were invited, attended the workshop. This is exceptional as usually around 60% of invitees turn up on the day.

Most of the women leaders came from churches the Jos volunteer team has already visited to share the gospel, counsel and test for HIV.