Juoro Gbaji Government Day Secondary School is the first to host a Grace & Light visit since schools resumed in mid-September. 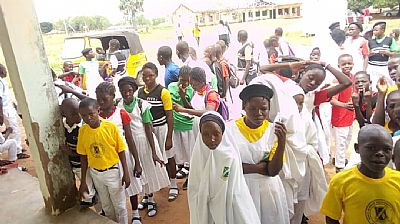 Volunteers in the Jalingo team visited the school, which is a mixed Christian and Muslim school in Taraba State, North Eastern Nigeria. They shared the gospel with 350 students of who 158 chose to be tested for HIV/AIDs; none tested positive.

This area continues to experience civil unrest. The Tiv and Jukun ethnic groups have resumed tit for tat attacks on each other’s villages, following a short 48 hour ceasefire in late September.

Further, a recent UNICEF report says over 34,000 children in the state risk dying from a high prevalence of severe acute malnutrition.

This is due to a lethal mix of Boko Haram, banditry, kidnappings and the Tiv Jukun atrocities causing dangerous levels of food insecurity plus displacement of mass populations and decrease in morality, according to Bhanu Pathak, UNICEF’s Chief of Field Office in Bauchi. 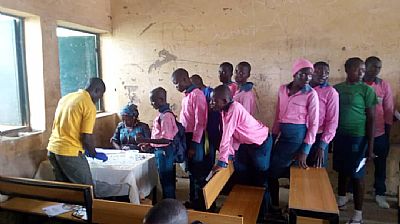 Please pray for the people of Taraba State and for our Jalingo volunteer team as they share the gospel with schools and churches in the state.