New volunteer teams in the North East continue to visit congregations to share the gospel and test for HIV/ AIDS. Between them Potiskam, Biu and Damaturu teams have faithfully visited seven churches since February. 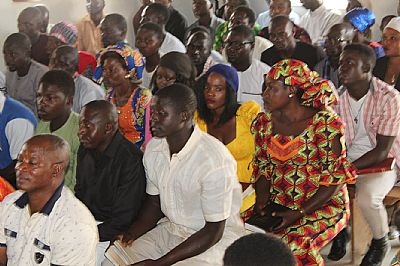 “Congregations and families are happy we are visiting and providing testing as the government is fully focused on defeating Boko Haram in the area,” said Tassie Ghata. “The government has its hand full dealing with problems in the internally displaced people camps and can’t manage HIV issues as well.

“Grace & Light is able to fill the gap, helping people know their status, providing access to drugs for those who are positive, encouraging through life sharing groups.

“Church leaders are also happy as we do not just talk about HIV/ AIDS, but also focus on social righteousness and how to live as Christ wants us to.”

Jos volunteer team revisited Kurmin B ECWA church on Easter Sunday, with Tassie sharing her message on The Way of the Cross. She said “Multiple people said afterwards that they were encouraged to continue following Jesus example. 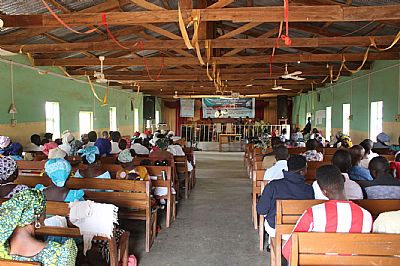 “Many are government workers and said they were on the verge of giving up on trying to live according to social righteousness principles because it wasn’t working for them.

“What they meant was that at work they were being criticised for their good behaviour instead of being celebrated or rewarded and this had been demotivating them. Now, after our visit, they will continue to follow social righteousness.”

The Gombe team visited Gombe University during April and shared with students in its Chapel of Joy. Tassie said “Usually university students don't want to test for HIV/ AIDS so we were delighted so many came to hear us speak and then to test 241 who were all willing to be open with each other.” 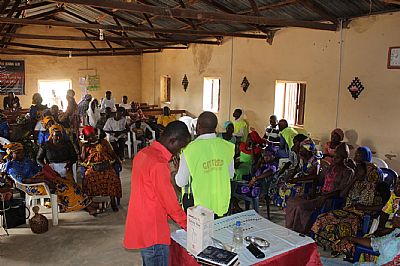 Seven volunteer teams - from Jos, Yola, Gombe, Bauchi, Jalingo, Biu and Potiskum - visited 11 churches during April. They shared the gospel with 2,830 people of whom 726 chose to be tested and know their HIV status. Two people tested positive.

Most of those who tested – 718 - chose to be open with their status and joined life sharing support groups based in their churches.

Significant numbers made a Christian commitment; 91 were new converts while 318 rededicated their lives to Christ and promised to live according to gospel values.